Download the offline Toca Life: City XAP | APPX | APPXBUNDLE files for Windows 10 Mobile | Windows Phone . You can download FREE to install manually now. Windows Việt only share the original XAP | APPX | APPXBUNDLE installer for apps and games. All the Windows 10 Mobile | Windows Phone apps & games here are free for home or personal use ONLY. Toca Life: City is the property and trademark from the developer of it, all rights reserved. Please do not reupload to Microsoft Store. 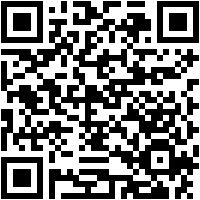 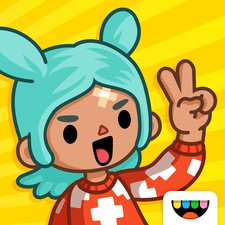 INTRODUCING TOCA LIFE
Thanks to the great response to Toca Town, we’re bringing you Toca Life — a series of apps that gives you an even bigger world of everyday fun. First out in the series is Toca Life: Town and Toca Life: City!

CREATE
Try, experiment and customize. It’s time to get creative in Toca Life: City! Change outfits, dye your hair any color and switch hairstyles in the Hair 3000! There are millions of ways to personalize the characters — we dare you to create them all.

EXPLORE
Say hi to 6 locations and 34 characters! Go shopping at the mall, grab a bite to eat at the food park or invite friends over to your loft. Characters, and anything they are holding, can easily be transported between locations.

DISCOVER
There are treasures hidden everywhere in the City, and with Life Weekly it’s easy to find out about them. Located in the top right corner on the start screen, this feature gives you fun insights in the world of Toca Life: City!

RECORD
Record and play with the new recording feature! Create stories and record, save the video to your camera roll before sharing with your friends. What are your friends in Toca Life: City doing today? You decide!

WE LISTEN
Toca Life: City was uniquely created for you by you. We received over 10,000 feature requests after Toca Town was released, which we added directly into this app. We want to keep hearing from you so don’t be shy and keep on suggesting! What do you want to see next? Share your ideas with @tocaboca on Facebook, Twitter, Pinterest and Instagram!